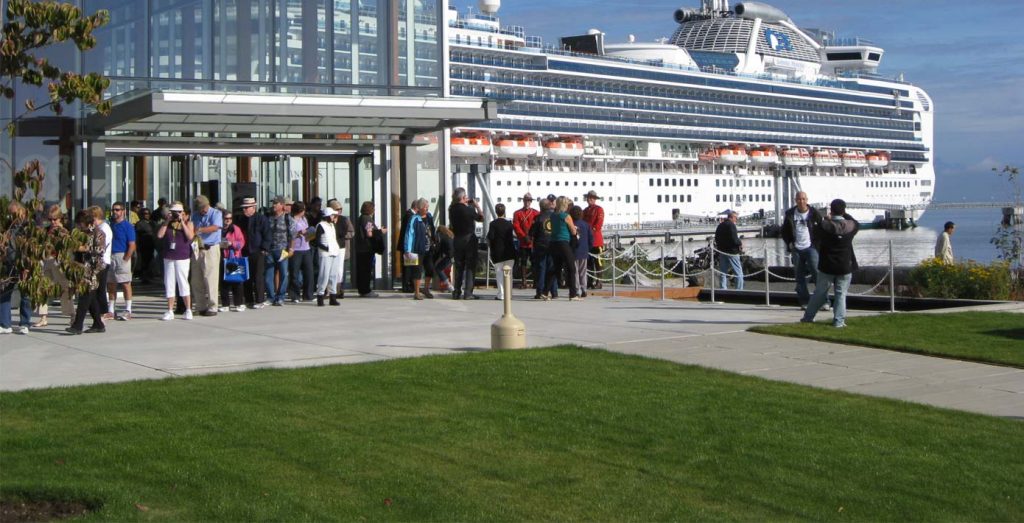 The Star Princess returns Thursday, October 19th at 7am and departs at 6pm. She is a Grand-class cruise ship owned and operated by Princess Cruise Lines, 290 metres in length with a beam of 36 metres, a passenger capacity of 3100 and 1250 crew. This cruise started on October 18th in Vancouver, cruising to Nanaimo and on to Seattle with Los Angeles as its’ final destination, completing a 7-night Pacific Wine Country itinerary including stops in Astoria and San Francisco. The Star Princess called last year on the Port of Nanaimo on October 20th, 2016.

Ewan Moir, President & CEO of the Nanaimo Port Authority, considers the call by the Star Princess as an economic boost for Central Vancouver Island. Ewan states: “Nanaimo is a gateway to one of the most preferred destinations in the world and once discovered we believe that many passengers will return. The Star Princess’ arrival in late October is a great lift for Central Vancouver Island communities, a significant benefit from passengers discovering this destination for the first time.”