Film studio opening in the Mid-Island labeled a ‘game changer’ 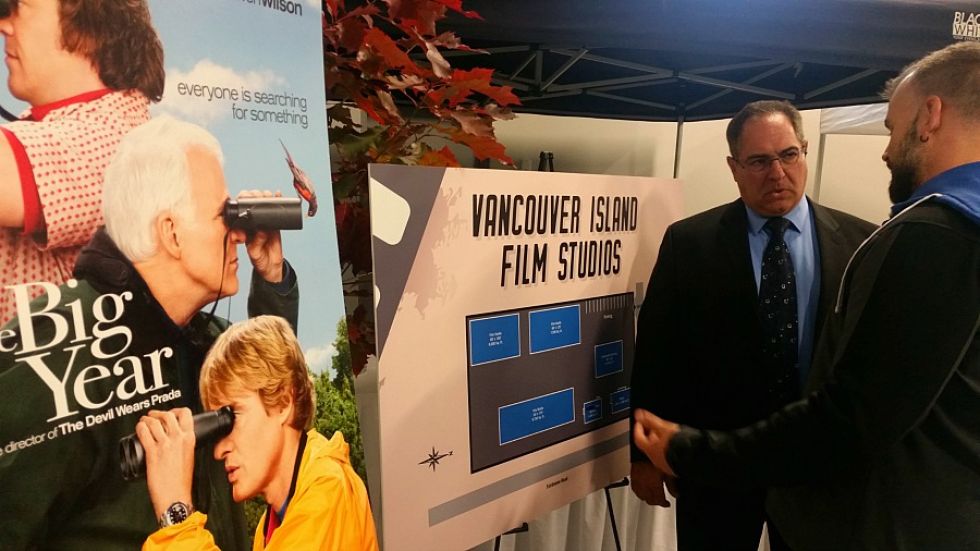 Vancouver Island Film Studios officially opened Thursday in Parksville.  A small studio is currently open, with a larger one to be ready by early 2018 and two more to follow.

Developer Ron Chiovetti said having home studios for shows such as Chesapeake Shores and all the films currently shooting along B.C.’s south coast is a game changer for the area.

“We think this is going to draw business over here from the Mainland. It’s certainly more economical for them to be here on the Island. It allows them to have an infrastructure which isn’t in place today. This is a purpose-built facility that will allow them to come here and know it’s here when they come back,” he said.

There’s currently no financial projections for Vancouver Island Film Studios, but Chiovetti said he’s confident it will lead to more local work and provide a significant boost to the mid-island.

Hal Keown, construction coordinator for Chesapeake Shores, said he’s thrilled to have studios to work in.

He said the studio and mid-island region will entice producers and directors fed up with Vancouver and Victoria, where the number of available studios is dwindling drastically and many locations have been over shot.