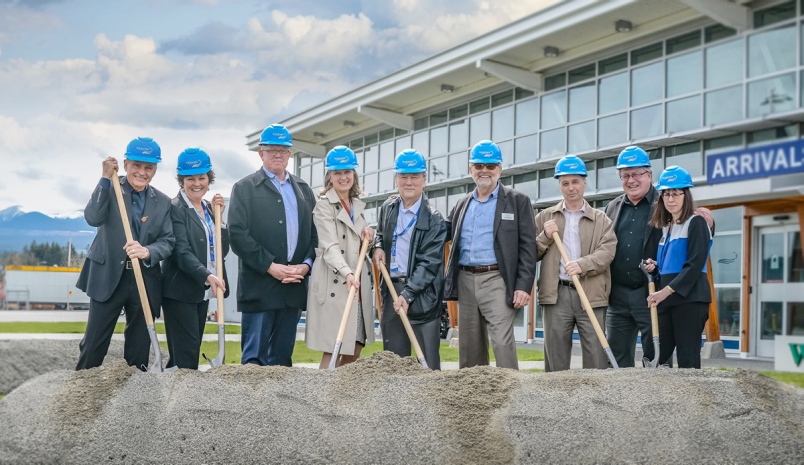 Nanaimo’s $15-million airport expansion officially kicked off Tuesday in a ground-breaking ceremony to start construction of a 14,000-square-foot terminal addition.

The investment comes as the Nanaimo Airport marks eight straight years of record-setting passenger growth.  About 390,000 passengers are anticipated this year.

“By expanding we will be better able to meet the needs of our region today and for the next generation,” Mike Hooper, airport chief executive officer and president, said Tuesday.

Amarjeet Sohi, federal minister of infrastructure and communities, said in a statement that the expansion will meet travellers’ needs and lay the groundwork for increased tourism and economic growth.

Airports around the world are increasingly being developed as more than transportation hubs. They are seen as economic drivers for the regions they serve.

The Nanaimo Airport Commission and the federal and provincial governments are cost-sharing expansion of what is now a 23,680-square-foot terminal.

Features in the project include a roomier security area that will allow travellers and their baggage to move faster through the screening process. The departure lounge seating will increase to 320 from 140.

The project is being designed by Nanaimo’s Checkwitch Poiron Architects and OMB Architects + Designers.

The expansion is slated to be completed in 2020.