It’s all happening on Mid-Vancouver Island 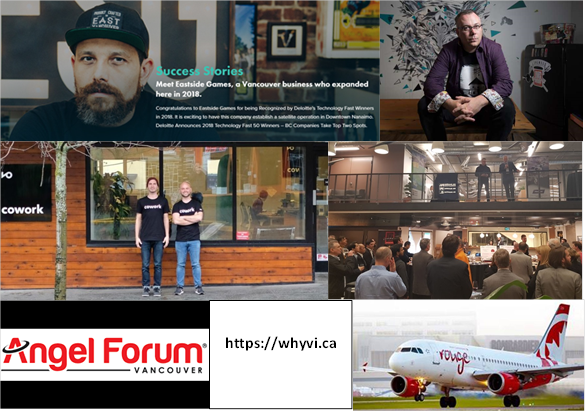 Wow what an amazing start to 2019, so much positive attention and announcements being made on mid-Vancouver Island.  The year started with Nanaimo in the spotlight as the whole of BC and other parts of Canada focused on the outcome of the Provincial by-election.

In 2018 Hyas (a cyber security company) announced a large investment from Microsoft, and the Tech industry announcements have continued with Eastside Games opening their first island studio in Nanaimo.  Local Entrepreneurs Shawn and Gavin have gone from start up tenants in a co-working space to owners of that very same co-working space now called Input Cowork.  This space will allow support local entrepreneurs as well as Vancouver companies to test out the Mid-Island.

After many years absence the Angel Forum came back to the island to host an event in Nanaimo and were overwhelmed by the response.  Air Canada have confirmed that the direct flight from Nanaimo to Toronto will be back this summer with increased number of weekly flights opening up more direct access to markets for our growing entrepreneurial community.

These are just a few of the great stories to share with more announcements expected soon, if you haven’t yet check out our campaign site https://whyvi.ca/