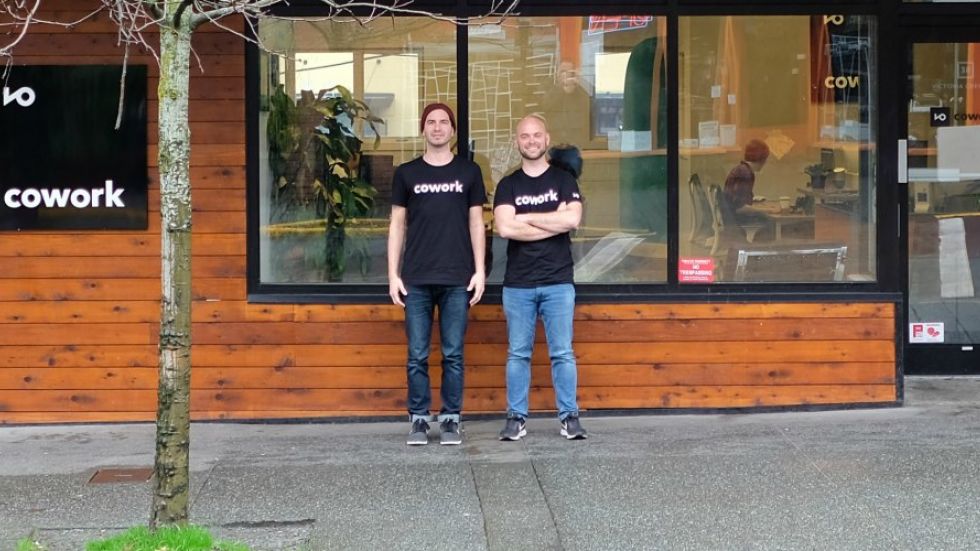 It is exciting to see the Tech Scene growing in Nanaimo, the Economic Development Corporation had the vision to invest in a start up space and 5 years later one of the original start ups has grown up and acquired the space and will continue the momentum to help other start ups.  This coupled with Eastside Games recently opening a gaming studio things are really starting to happen in Nanaimo.

Below Story taken from Article By: Dominic Abassi at Nanaimo News Now on Feb 1st, 2019

Nanaimo-based tech startup Input Logic moved into a building on Victoria Cres. and found inspiration in a nurturing environment surrounded by like-minded young entrepreneurs. Five years later, the company now owns the building and is primed to give back the support they once enjoyed.

With the real estate deal closed and the signs changed, Friday marked the official opening of Input Cowork.

Shawn Adrian, a partner with the app design and development company, said their goal is to create a gathering place and a sense of community for the local tech scene.

“Trying to draw the companies and individuals together. Maybe it’s more self-serving, but our motivation is just about building community and surrounding ourselves with people who are doing what we’re doing…To have a space that can be an anchor for this niche in the city,” Adrian told NanaimoNewsNOW.

Input Cowork will offer a variety of options to people, from renting an office or boardroom to simply getting a passcode to come in and use desk space.

The building at 38 Victoria Cres. was once home to SquareOne, a so-called tech incubator which was funded by the City through the Nanaimo Economic Development Corporation.

Adrian’s company was the first tenant of SquareOne. He said there was a lot of excitement at that time and the atmosphere, buoyed by the City’s support, made it feel like Nanaimo’s tech scene was beginning to realize its huge potential.

“We still believe that but closing SquareOne sort of put a damper on that, brought back some of the old thoughts of ‘nothing tech really happens in Nanaimo.’ It made us feel a little more alone as far as the community goes here.”

But instead of pouting over the perceived slight, the partners moved a few doors over and watched their company take off. They now have a team of 10 people, have launched web and mobile apps for several notable international companies, and now invest in other startups.

Adrian said unique features of the tech industry make having a community and gathering place critically important. Young freelance designers or coders, he said, are often working remotely for large companies and can feel isolated. For companies, finding and hiring talent can be a challenge.

“If you’re in tech, you’re competing with players like Facebook and Google for talent. The more people you can meet locally that potentially fit your culture or are keen on your ideas, the easier it is to grow your team.”

Boosting and supporting the sector brings a myriad of other spin-off benefits to the community, economically and otherwise, Adrian said.

“Some of our motivation in buying the building is to really have a connecting place for local tech companies to show other cities there is technology going on here and there’s a place you can come to meet freelancers and potential employees to hire.”

Adrian said it’s almost hard to believe their company now owns the building where it all started.

“It feels like ‘oh, I guess this is working.’ You spend so long as a business owner just focusing on the details and making great products. You don’t often get these moments to step back and reflect on where you came from.”