Harmac mill is thriving, decade after rescue by its employees 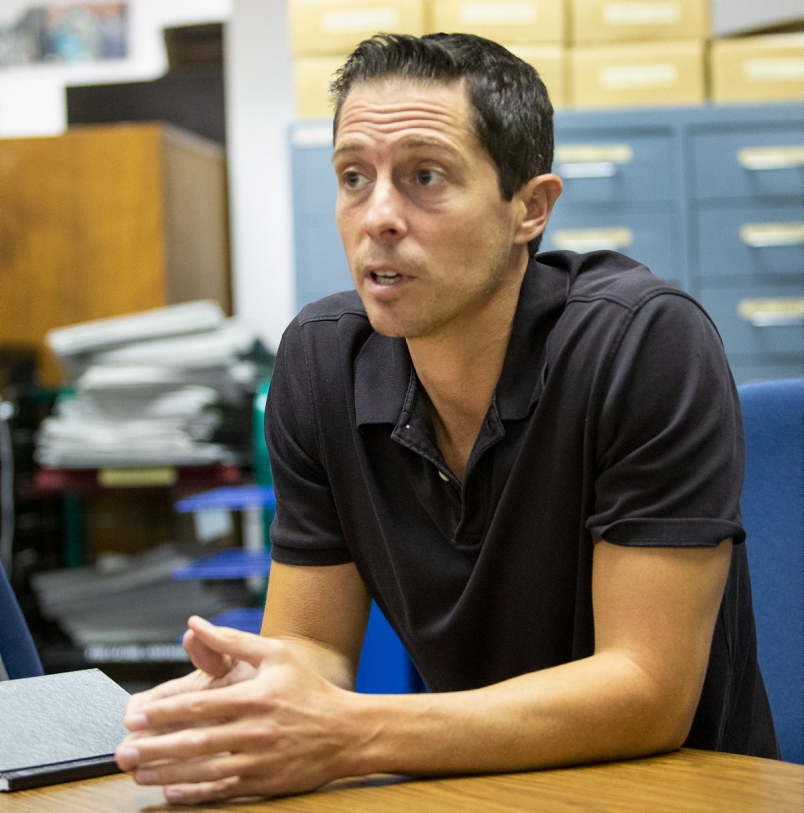 It wasn’t supposed to last. And certainly not through a global economic meltdown and a depressed pulp market.

But Nanaimo’s Harmac Pacific pulp mill has defied the odds and the predictions of several market analysts, and this fall will celebrate 10 years as an employee-saved-and-owned enterprise.

It’s done more than just survive over the last decade.

In the 10 years it has grown from 220 employees to more than 320, increased its production, expanded markets, added new revenue streams and re-invested capital to set the company up for long-term success.

“I wasn’t surprised [it worked], but then again I was 27 at the time, and maybe I’d look at it differently today,” said Harmac president Levi Sampson with a laugh. “We went in headstrong and believing in ourselves and thinking we could do it.”

Harmac, which was owned by Oregon-based Pope and Talbot in 2008, was saved from receivership when the mill’s employees and local investors rallied to buy the plant and reorganize.

While Pope and Talbot had employed more than 500 at Harmac at one time, there were just over 200 involved in buying the mill. Sampson noted many of those 200 had been out of work for nearly five months and would have had to do some serious soul searching and digging to find the $25,000 each to buy in — $10,000 up front and $5,000 each of the next three years.

But getting production rolling was just the start of an epic battle to save the company and what is again Nanaimo’s largest private employer.

Within weeks of taking over the company, Harmac and the industry faced the spectre of global recession, tightening credit markets and a depressed pulp market in which its northern bleached softwood kraft pulp, used as a reinforcing fibre for papermaking and other specialized applications, would fetch less than $500 US per tonne.

“I recall that fall having an incredibly hard time selling our product,” said Sampson, noting many customers couldn’t be sure Harmac would be around in a month. “It was hard to get our customers back.”

With a warehouse filling with product, Sampson said they finally landed the sale that got them started. “I recall being just outside Tiananmen Square in China, where I was visiting customers, and the first order came for 15,000 tonnes,” he said. “It was priced well below $500 a tonne, and we were losing money at that point, but we had to sell.”

That started things off, and as sales picked up and pulp prices started to rise, the company found more stable footing.

At the time though, the employees didn’t have time to concern themselves with how much risk they had taken and if it was going to work. “When you’re doing it, you’re just hoping, you are doing whatever you can to make it work,” said Malcolm Ciesek a machinist and 12-year employee. “We just went for it. In the end it turned out well.”

Ciesek, who coordinates Harmac’s machine shop and sits on the board of parent company Nanaimo Forest Products as an employee representative, said they aren’t surprised Harmac endured, but they are grateful.

“We are fortunate [the Sampson family and Pioneer Log Homes] were willing to be involved in this,” he said. “I think about how far we’ve come and how no one ever really blinked.”

In 2011, Harmac, riding a boom in pulp prices of more than $1,000 a tonne, cut the first dividend cheques to its investors and employees. “That was absolutely enormous for us, not just because it’s nice to have a bonus for everyone who works there, but it showed that the model works and that if the company does well everyone does well,” said Sampson. “It was also big for our customers as it showed us on good footing.”

Since then, there have been several dividend payments, and that risky investment in 2008 is now a solid bet.

As long as employees are working, they keep their shares. When they retire, they have the option of selling them back or holding on to them. “We set it up that way as the people who took all the risk in the early years, well that $25,000 was real risk money. Now that investment continues to increase and as the mill does better they should be allowed to hold onto that and reap the benefit as the share price goes up.”

At this point, the future looks good. Sampson said their customer base is solid, with strong sales in China, Japan, Korea and Australia, and specialty orders in the U.S. and Europe. “We are now looked at as one of the most reliable companies,” he said.

Pulp prices remain strong. Last year, prices were around $900 US per tonne, which has allowed Harmac to regularly take downtime for maintenance and invest in equipment.

In 2013, the company invested $45 million to establish a second generator on site that allowed it to sell 25 megawatts of electricity — enough to power 17,000 homes for a year — back to B.C. Hydro.

“It’s another revenue stream, a long-term consistent one,” said Sampson, noting it’s nice to have that to count on given the cyclical nature of pulp markets.

Since the mill was re-established, Harmac has invested about $200 million in capital improvements and another $20 million has been spent in municipal taxes.

Sampson said the ripple effect of the mill is huge in Nanaimo and across the Island.

“With the employee-owned model, the profit is made there and spent there, there’s more money going back into the local economy,” he said, pointing out the mill spurs on logging jobs, sawmill jobs and shipping jobs.

“When a mill shuts down it can devastate a town or city,” he said. “Those are good salaries and that money goes back into the Island and Nanaimo.”

Sampson said the success they’ve seen has been hard won and deserved. “This is not just an Island success story, it’s a Canadian success story,” he said.

“When you have that many people investing in themselves, especially when they have been told they don’t have a chance, and guys who have been out of work for five months and still come up with that kind of money, that’s why we are successful.”

Ciesek said the success was down to everyone believing in the business, and from the start they were all willing to look beyond the numbers on a ledger.

“The people involved believe in making things work, and without that real feeling for the business, I don’t think we would be here,” he said. “This is a good-news story, it’s local people, local established business people and local employees invested in something that provides [a huge amount] to the local economy.”

Harmac is also a model that has been used as a template to save another Island company, CHEK Television. Having covered the Harmac story, CHEK approached Sampson in 2009 for advice on how to set up an employee-owned corporation

Sampson’s advice and guidance helped the station’s employees save the business and he now sits on the station’s board of directors.

Harmac is planning to mark the 10-year anniversary with a barbecue for employees and their families next week.

“It will be a nice way to celebrate a company achievement — guys put their money where their mouth was,” said Sampson.