Another exciting announcement by the Port of Nanaimo 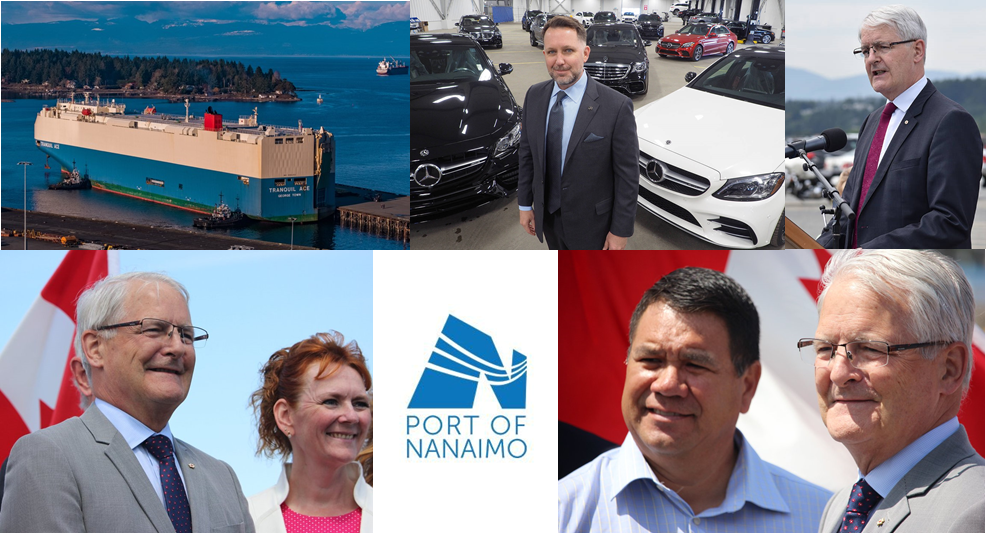 There are great things happening at the Port of Nanaimo.

Since last year’s June announcement the Port has started to receive shipments of European Cars and on a Pure Car Carrier to their purpose built import vehicle processing center, where cars coming to Canada from Europe will have work done to meet Canadian standards.

The Duke Point funding is part of an overall investment projected to cost $90 million, with the port authority and DP World, a publicly traded United Arab Emirates-based company that operates dozens of ports throughout the world including the Duke Point terminal, contributing funding.

The $90 million investment in the Port of Nanaimo’s Duke Point terminal, will be used to expand the existing wharf from 182 metres to 325 metres, constructing a new warehouse and administration building, replacing an existing crane with two 24-metre cranes, increasing the storage area and upgrading drainage, sewer, electrical, water and security systems.

Donna Hais, Chair of the port authority, said the government’s announcement is great news for the city. She said the project is the result of long-term vision, goals and partnerships with multiple levels of government, the Snuneymuxw First Nation and DP World.

“It’s really amazing that a small community like Nanaimo is doing big things,” she said.